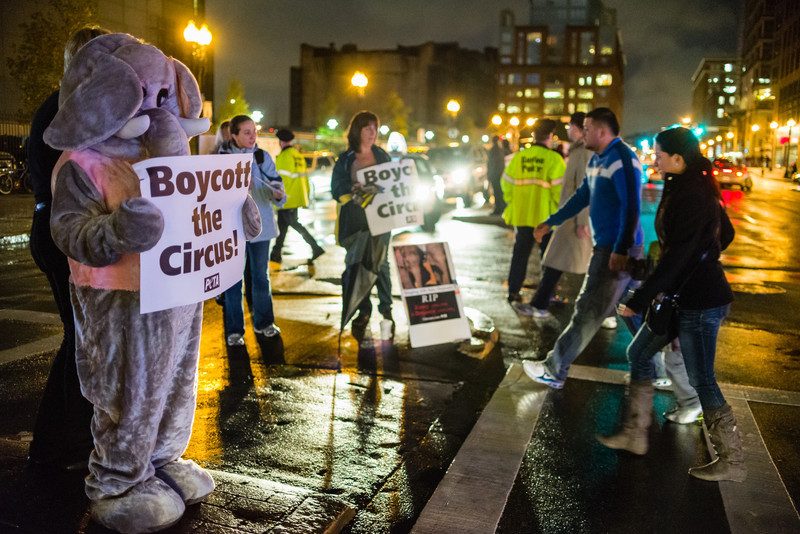 October 10, 2012 - Patti Jorash, at left in the elephant outfit, protests the Ringling Bros. Circus' treatment of animals as circus goers walk by on their way to opening night at the TD Garden Wednesday. Protestors, about 50 in all, handed out leaflets, held signs, passed out coloring books, and shouted anti-circus chants throughout the two hour protest. Laura Sun, PETA's Boston contact and the protest's organizer, said "PETA people are the nicest people you could ever want to know." Photo/Christopher Weigl